[with the disclaimer that these are not books first published in 2011, but read by me for the first time in that year, although that will become rather obvious as you go down the list!]
In no particular order... 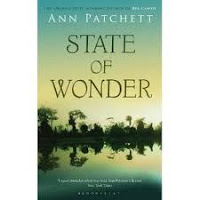 1. State of Wonder by Ann Patchett
I hadn't read anything by Ann Patchett before, and this was a fantastic place to begin. Patchett combines a truly gripping plot about biologist Marina's journey into the Amazon rainforest to discover the truth about the death of her colleague, Anders, with richly detailed characterisation and beautiful writing. I immediately embarked upon
one of Patchett's other novels, Run, and have The Patron Saint of Liars on my TBR pile. However, although I enjoyed Run, I thought it very occasionally slipped into sentimentality - State of Wonder, on the other hand, is a genuinely generous and empathetic read that never becomes too soft. The fascinating setting didn't hurt, either.

2. Gillespie and I by Jane Harris
I liked Jane Harris's debut novel, The Observations, but despite Bessy's brilliant narration, ultimately it seemed to me to be a skilfully-written potboiler. Gillespie and I is in another class. Due to extreme pickiness, I rarely find a historical novel that I like, with the exception of anything by Sarah Waters, but this is certainly getting there. Narrated by the unreliable Harriet Baxter, it follows the story of her relationship with the Gillespie family in the 1890s, and especially with Ned Gillespie, a talented artist. While becoming a little melodramatic in places, the historical detail is beautifully conveyed, the characters satisfyingly grey, and the narration as compelling as that of The Observations, if not quite as idiosyncratic.

3. Far From the Madding Crowd by Thomas Hardy
My Thomas Hardy post from earlier this year goes into greater depth as to why this is my favourite of the Hardy novels I've read. Suffice it to say that Hardy's evocation of landscape is beautiful, the plot is contrived but amusing, unlike some later struggles with Fate, and Bathsheba pulls off a remarkable feat for a Hardy heroine by not being annoying. I found this engrossing, and would recommend it over Tess or Jude any day.

4. Solace by Belinda McKeon
I've already reviewed this on the blog, and I'm pleased to see that since I read it in proof copy it seems to have been garnering the prizes and acclaim it deserves. McKeon takes the very simple story of dissolute PhD student Mark and his relationship with his farmer father, Tom, and turns it into something beautiful and memorable, brilliantly evoking both the Irish countryside and Dublin. Her writing is extremely assured, and I knew from the first page that I would enjoy this.

5. A Dance with Dragons by George R.R. Martin
Yes, this may partly be a nod to the entire Song of Ice and Fire series, not to this book in particular, which is not Martin's best, but it's still a great read. I continue to be engrossed by this fantasy saga, its fantastic characterisation, and the fascinating way in which Martin explores questions such as the nature of honour and oath-keeping, and what we can justify and what we should not for the sake of a cause. The pseudo-medieval setting is handled very well, and while it's difficult to say much about this particular volume without spoilers, I thought some stand-out plot threads included Theon and Jon, whom I am finally coming to like again.

6. The Still Point by Amy Sackville
Another stand-out debut which is also beautifully-written, this may just be my favourite book of 2011. The Still Point combines two plot threads; the life of turn-of-the-century Arctic explorer Edward and his wife Emily, who stayed at home waiting for him, and Edward's great-grand niece, Julia, who is on the prowl for family secrets while her own relationship is on the line. Usually, I find this type of set-up - especially when long-lost family secrets are involved - utterly impossible, but Sackville carries it off with grace, perhaps helped by the fact that the Julia thread covers only a single day. The most brilliant part of this book, however, is its evocation of an Arctic expedition - shiveringly realistic... 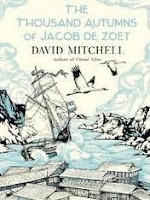 7. The Thousand Autumns of Jacob de Zoet by David Mitchell
Also previously reviewed on the blog, this managed, like Gillespie and I, to avoid all the usual pitfalls which bedevil historical novels. Mitchell is always an exhilarating writer, and I found the adventures of Jacob de Zoet completely gripping - probably his best effort yet. 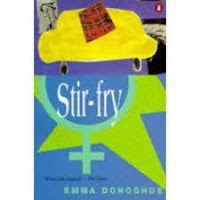 8. Stir-fry by Emma Donoghue
In a year when a lot of people are probably choosing Room, I read
Donoghue's first novel and thought it was much better. It's a simple coming-of-age tale set in Dublin, following Maria's gradual education in sex and love after she moves in with a lesbian couple, Ruth and Jael. All three of the women are vividly characterised, and Donoghue conveys the atmosphere of Dublin in the 1980s subtly but well. Although the core idea isn't terribly original, the novel is so well-written that I wished it had been twice as long. (Sadly, I didn't get on as well with Donoghue's second novel, Hood, although the writing is equally good.) 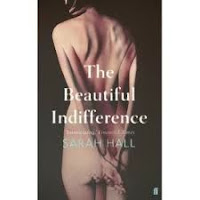 9. The Beautiful Indifference by Sarah Hall
I got this for Christmas and raced through it in a couple of days. I'm a big fan of Hall's novels, and this indicates she is one of the rare novelists who can handle short stories as well. This visceral and uncompromising collection hardly puts a foot wrong, with my two favourite stories 'She Murdered Mortal He' and 'Butcher's Perfume'. The only story which did not fully engage my attention was 'Bees', which seemed a little brief and not fully realised, but the quality of the writing was still consistently good.

10. Freedom by Jonathan Franzen
I received this as a present a while back, and unfortunately have the edition that is full of missprints (although I haven't compared it with the 'correct' version...) Nevertheless, I really enjoyed this American saga, and the precise detail Franzen supplies about the lives and desires of Walter and Patty Berglund, and their son Joey. I'm struggling somewhat with The Corrections at the moment, which is written along similar lines, but think that Franzen fully deserves the plaudits he received for this one.
Posted by Laura Tisdall at 16:58