After neglecting the blog for some time, I'm back to discuss the ten books I enjoyed most this year after reading them for the first time. I've reviewed all these books previously on the blog, and linked to the earlier reviews in their titles.

In no particular order...

1.  This Is The Story Of A Happy Marriage by Ann Patchett
I loved this volume of essays so much I read from the title essay at my own wedding. While I predictably adored the essays in which Patchett talks about her own development and experience as a writer, there were some surprise hits here as well. I've already re-read 'The Wall', Patchett's account of her journey through the recruitment process for the Police Academy at Los Angeles, and was struck anew by what it says about Patchett's relationship with her father, and our relationship with ideals we don't necessarily believe in but nonetheless respect.

The big, ambitious novel that ought to have been drawing the attention that has been unfairly heaped upon Zia Haider Rahman's mediocre and offensive In the Light of What We Know, I adored this experimental, metafictional story. It has to be said that Gilbert has a problem with female characters (there aren't really any) but the cleverness of his prose and the realism of his male protagonists drew me in nevertheless. And, I love the fact that there's a whole website devoted to the work of his fictional author, A.N. Dyer - where the cover for Dyer's debut, Ampersand, is exactly as I imagined it. Some might call this self-indulgent; I think it's obsessive, in just the right way.

3. The Echo by James Smythe

And now for something completely different... I reviewed this on Amazon at the time but have now belatedly posted the review to my blog. Since reviewing The Echo, I've read The Explorer, the first book in the quartet, and unfortunately, I think that The Echo is not only a better book but stands better alone than as part of a quartet. Not knowing the details given in The Explorer made The Echo a much better read. Still, it's a convincing, chilling and well-written piece of SF, reminiscent of the films Sunshine and Gravity.

4. Her by Harriet Lane

I enjoyed Lane's debut, Alys, Always, but this carefully-wrought thriller is a cut above. A slight, economically-written novel, Her manages to invest the mundane with both fear and longing. Lane's attention to detail brings her two central characters alive, and I was fascinated by Nina's subtle machinations. I truly couldn't put it down, and read it in a sitting.

5. The Lowland by Jhumpa Lahiri

I opened this novel dutifully, determined to complete the Baileys Prize shortlist and aware that I ought to have read it when it was shortlisted for the Booker; I closed it impressed, but also sad that it was over. This story of two brothers from West Bengal sounds simplistic and schematic, but is anything but. Lahiri tells their lives so skilfully that the reader is absorbed throughout. It's not flashy, it's not high-concept; it's just good.

6. All The Birds, Singing by Evie Wyld

I don't usually choose a favourite book for any given year, but let's face it: this was my favourite book of 2014, and I'm distressed that I've not yet found anybody who loves it as much as I do - though it was hardly ignored by prize shortlists and longlists. I was underwhelmed by Wyld's debut, but loved this beautifully-constructed tale of a damaged woman haunted by a mysterious beast on an isolated island, as she thinks back to the chain of events in New Zealand that took her to this place. With a twist ending that genuinely works and brilliant but never self-indulgent prose, All The Birds, Singing has everything.

7. The Night Guest by Fiona McFarlane

This novel effortlessly interweaves the real and the imagined as it explores the limited life of Ruth, an elderly woman, whose routine is interrupted by the arrival of a government carer, Frieda - and by a prowling tiger. I've become wary of books that claim to explore the experience of ageing, but this novel genuinely conveys Ruth's frustrations without reducing her to a stereotype or to an object of pity, or (thankfully) to an inspirational lesson. It's beautifully-written and handles its magic realist elements effectively.

8. The Emperor Waltz by Philip Hensher

This is the first novel I've read by Hensher, and I'm keen to read more. Like Lahiri, Hensher is not a showy writer, but his quietly confident, often humorous prose intertwines a wide variety of stories and settings. From a present-day gathering of teenagers to the first gay bookshop in London to a young Roman martyr, this novel is consistently convincing and entertaining. I genuinely enjoyed it. (But publishers, why the hot pink?)

9. The Paying Guests by Sarah Waters

What a wonderful novel - and possibly Waters' finest yet. Set in inter-war Britain, it combines the breathless plotting of her early work with the deeper, more thoughtful characterisation of her later novels. I think Frances is probably her most interesting and fully-realised creation yet. The novel is not flawless, but Waters' generous, immersive stories never have been - and are usually the better for it.

10. The Bone Clocks by David Mitchell

I feel slightly afraid including this in my Top Ten, as its flaws have been pointed out by so many reviewers. And everything it's been accused of is true. It's silly, it's baggy, its bits don't fit together, the fantasy elements are ill-thought-through and ridiculous. Nevertheless, I enjoyed it immensely, and I think you could make the case that it's the best novel Mitchell has written. Frankly, its flaws are shared with all his other novels, with the exception of Black Swan Green. And despite its many faults and inconsistencies, some of the writing and characterisation in this is simply wonderful. So here it is.


Number of books read this year: 81. Many fewer than last year; I blame the PhD.
Posted by Laura Tisdall at 15:01 2 comments:

The space between us 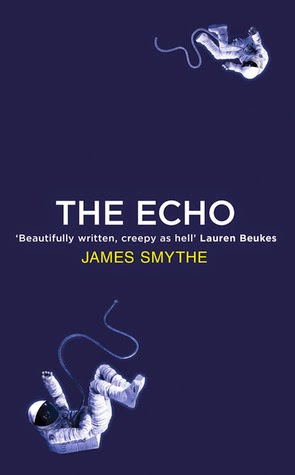 Twins Tomas and Mira have devoted their lives to space exploration. When they win a crucial grant to send a mission to explore 'the anomaly', a rift in space that has opened up relatively near the Earth, they believe this research will be the making of their careers. Twenty-three years ago, a previous mission, the Ishiguro, disappeared while trying to make the same trip, but the twins are confident that their plans will succeed. Mira feels he has always stood in his brother's shadow, but he is the one chosen to go on the trip alongside a hand-picked crew, while Tomas stays behind, communicating via satellite link. However, even as the ship, the Lara, launches, there is a growing feeling that something has gone wrong, and this sense of unease deepens as the Lara proceeds on its quest.

The novel is so gripping that I sped through it in a couple of sittings, desperate to find out what would happen to Mira and his crew.  I haven't read the first book in this quarter, The Explorer, but I didn't feel that this was a disadvantage when reading The Echo. In fact, I found myself wondering if the extensive references to what was obviously the plot of the previous book in the quartet, dealing with the loss of the Ishiguro, might be annoying if I had read The Explorer first, although it's difficult to tell. An amusing side-line (and there's precious little humour in this chilling read) was the twins' sense of superiority over the previous mission, and Mira continually tells the reader how much better prepared the Lara is for disasters. This, of course, is proven to be wrong when the crew encounter the anomaly for the first time. James Smythe makes much of the theme of doubling and repetition, the central pair of twins being the most obvious example, and I found his use of time loops incredibly effective in this context. Several reviewers have commented that the science in this novel is dodgy, and I'm sure they're right, but this didn't bother me because it seemed obvious that Smythe is using his space setting to say something interesting and thought-provoking about memory, time and attachment that he couldn't have said in a more realistic context. In this respect, it reminded me of Kazuo Ishiguro's Never Let Me Go. (I did wonder if the name of the first mission was a nod to Ishiguro's distinctive blending of sci-fi motifs into literary fiction).

The narrative this sits closest to, however, is Danny Boyle's 2007 film Sunshine. The building tensions between the diverse crew and the knowledge that another mission has gone before them and failed makes the similarities very strong at times, although I felt that each of the stories was distinctive in its own right. However, if you enjoyed that film, you'll almost certainly enjoy this. Personally, I can't wait for the next in the quartet, and plan to read The Explorer as soon as I can get hold of a copy.
Posted by Laura Tisdall at 14:29 No comments: