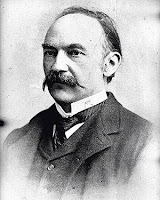 wrote fifteen novels in his lifetime, but he singled out eight as his 'Novels of Character and Environment,' which is the group that includes his better-known works, such as Tess and Jude, and also the group which includes the only novels of his I've read. This wasn't deliberate. I was unfortunate enough to read Tess initially as a set text for A-Level; whatever you may think of the book, it comes awkwardly out of an examination essay when gutted for too-obvious themes such as 'fate' and 'journeying'. Something possessed me to read Jude next. Not sure why; after that I was ready to give up on Hardy. I started saying that I liked his poetry, but couldn't cope with his novels. But then I read The Mayor of Casterbridge. And The Return of the Native. And then Far from the Madding Crowd. And I realised that I was reading (at least this set) of his novels backwards (although Tess and Jude swapped places):
and more importantly, that I felt they were getting better.

ened when I’ve assessed the works of other nineteenth-century writers in sequence, but the interesting thing was it seemed almost schematic; Far from the Madding Crowd and Return of the Native sharing beautifully-realised rural settings but with the grimness of the plot amping up a notch in the latter; The Mayor of Casterbridge much heavier on plot and tragedy, rather than locality, but not quite as fate-ridden as Tess; Jude, unlike even Tess, unremittingly bleak. The key point, for me, was that from book to book the characters gradually lose their ability to affect their own li

ves and their ultimate destinies.

The main features of this schema that stood out to me were [spoilers for these five novels]:

1. Fate. As mentioned above. Far from the Madding Crowd is almost entirely free of this theme, with the heroine, Bathsheba’s, choice between three different suitors placed at the centre of the narrative, although there are still ironic twists that foreshadow the interventions of the hand of fate in the later novels, such as Fanny turning up at the wrong church to marry Sergeant Troy – if this marriage had taken place, one of Bathsheba’s options would have been removed and Fanny’s tragedy averted. The Return of the Native forces its characters further into a pre-determined pattern, but they still seem to have some freedom of will. However, The Mayor of Casterbridge allows the eponymous mayor, Michael Henchard, exactly one choice – selling his wife at the beginning of the novel – and the rest of his fate follows from there, whereas Tess and Jude are simply accounts of individuals being unable to escape their destiny, and that's that.

2. Landscape. One of my favourite things about Hardy’s writing is his evocation of locality and rural custom. This is particularly striking in Far From the Madding Crowd and Return of the Native; in the former, he dwells lovingly on the pattern of the farming year, as in the well-known sheep-shearing scene, whereas the latter brings the power and beauty of its setting, Egdon Heath, to life; for example, when Clym meets Eustacia on the heath before their marriage in a hollow of ferns: ‘He was in a nest of vivid green. The ferny vegetation round him, though so abundant, was quite uniform: it was a grove of machine-made foliage, a world of green triangles with saw-edges, and not a single flower… The scene seemed to belong to the ancient world of the carboniferous period.’ By letting this description stand alone, the beautiful but alien nature of the heath is fully conveyed. In contrast, the description of Egdon in Tess is weighted down with the momentum of the plot, a sense of what is to come. Tess is walking across the heath to her new job as a dairy-maid, hoping to leave her old life behind her after the death of her baby, but ‘in every bird’s note seemed to lurk a joy’, and she stands ‘like a fly on a billiard-table of indefinite length, and of no more consequence to the surroundings than that fly.' 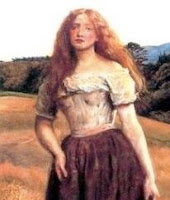 Hardy keeps drawing our attention back to Tess’s ultimate fate, and the descriptions also have a habit of focusing back towards Tess herself, who is pictured innumerable times in the novel; there is never a change for the reader, or Tess, to make up their own mind as to how to view her or her future. As for Jude and Mayor, they burn through plot so fast that they leave less space for setting.

3. Heroines. I’m tempted simply to type ‘They get more annoying’, but I feel the novels deserve a bit more analysis than that. Sue Bridehead, however, is simply one of the most irritating characters I have ever encountered, and I have nothing more to say about her. Unfortunately, Tess is almost as bad. Although Hardy implicitly criticises Angel and Alec for their idealised and incorrect versions of her, he only manages to substitute his own idealised picture for theirs, as noted above. She is frustratingly passive, and ultimately her own victim as much as a victim of fate, by deciding that her lot has to be grim and refusing to accept Angel’s help when she is poverty-stricken. Although I’ve read critics who claim that she is the only fully-rounded character in the novel, I found Angel’s internal conflicts far more interesting. The Mayor of Casterbridge lacks a real heroine, juxtaposing the weak, compromised Lucetta against the perfect Elizabeth- Jane. Eustacia Vye in The Return of the Native is almost interesting, but feels like a sketch – although the novel was written later – for Bathsheba in Far from the Madding Crowd, by far the best-drawn and strongest female character I’ve seen in Hardy’s work, despite her vacillations. Hardy seems to fully engage with her mindset, fleshing her out as a person in her own right, and although she makes some poor choices, they do make sense. For me, her original and realistic character crystallised after reading a statement she makes late in the novel, a truth that could also help to explain Tess, Eustacia and Sue: ‘it is difficult for a woman to define her feelings in language which is chiefly made by men to express theirs.' 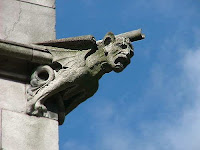 4. Tragedy or tragi-comedy? It is impossible to find more than a glimmer of humour in Jude, Tess, or Mayor, but an aspect of the earlier novels I really appreciated, intentional or not, was how the tragic fates of the characters often have a humorous element to them. For example, I can’t think of almost all the remaining cast drowning in

the weir at the end of The Return of the Native without smiling, even though this is hardly a happy ending. Far from the Madding Crowd is even better, beginning with the memorable image of all Gabriel Oak’s flock of sheep running over a cliff in the dark – although disastrous for him personally, it struck me as a wonderful way to lose your business. A later scene involving Troy mourning at Fanny’s grave is my favourite – although false to her in life, he decorates her grave with expensive flowers to show how much he minds now she is dead. Unfortunately, heavy rain that night means that the water from the church roof is all directed in a single stream through the mouth of one ‘gurgoyle’ (gargoyle), and this floods the grave. I think the humour here, at least, is intentional, mocking Troy’s pretentions, especially as Hardy chooses to title that particular chapter ‘The Gurgoyle: Its Doings.’ Perhaps the fact that I’m laughing at misfortune is a weakness in the earlier novels, but I appreciated these jumps into melodrama; it makes the plots distinctively Hardy-esque, without being utterly hopeless.

So in conclusion… Under The Greenwood Tree must be fabulous, and The Woodlanders poor, and I need to read them to prove my thesis! I have doubts about the former, which sounds good, but sketchy, but as Claire Tomalin, in her biography of Hardy, describes The Woodlanders as ‘a black version of Far from the Madding Crowd’, I may be right after all.