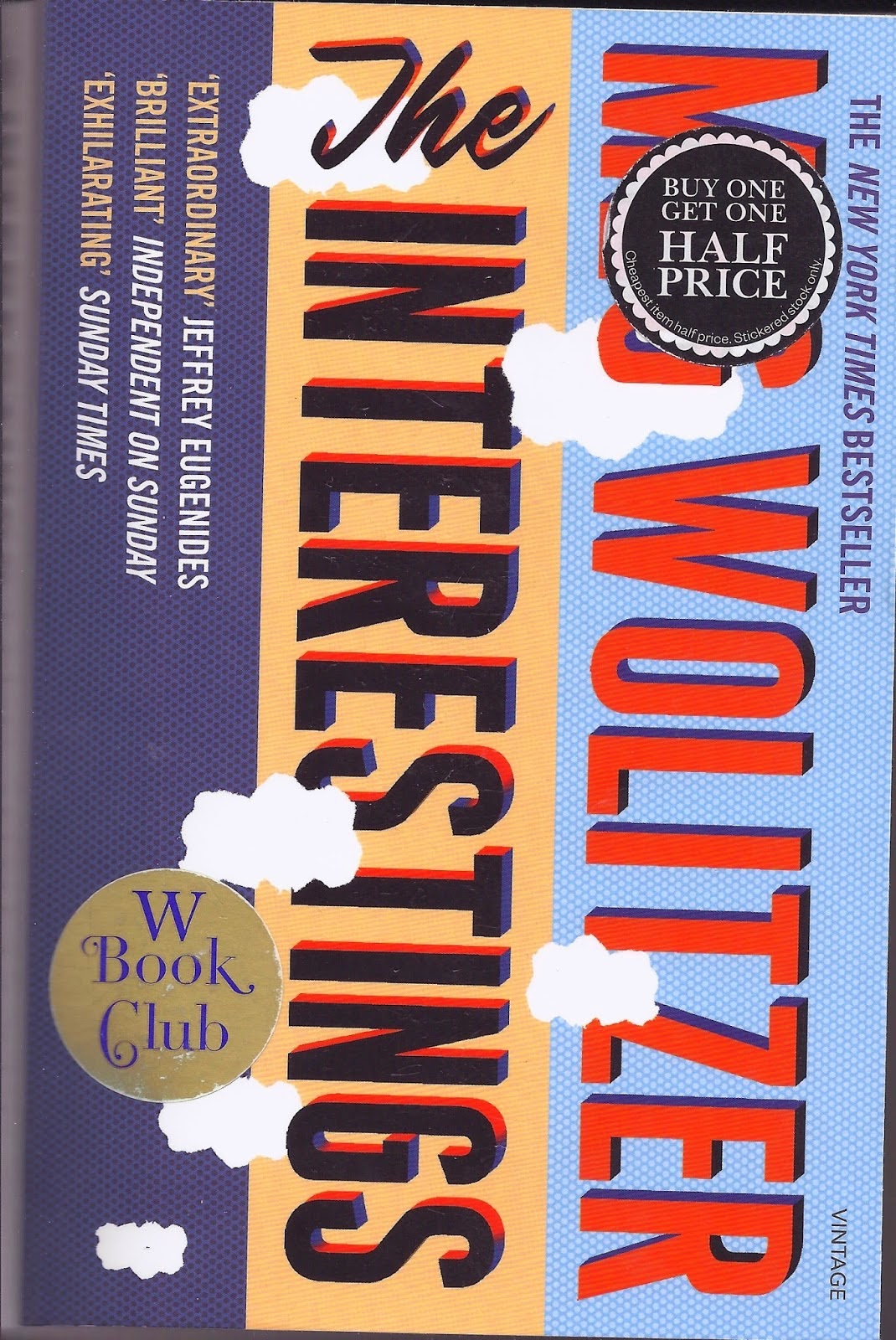 It was recently fashionable to praise Jonathan Franzen. Now it seems to be even more fashionable to suggest that other American novelists have been consistently underrated, and were as good as, or better, than him all along; as if a ‘Franzen’ is some kind of measurement of literary excellence, like a volt. As a feminist – and one who believes that female novelists tend to be under-represented and overlooked by reviewers and prize juries – I am absolutely behind these efforts to bring women into the spotlight, even though I’m not sure why Jonathan Franzen, skilful as he is, always needs to be the point of comparison. However, I can’t always agree with other reviewers’ choices of protege. In this context, the pages of praise that open my copy of The Interestings – including several uses of that buzz word, the Franzen – seem odd to me. Based on this book, Meg Wolitzer is a perfectly readable and entertaining novelist. I’m just not sure she is a very interesting one.

The Interestings begins at summer camp. Our heroine, Jules, feels awkward among the other young artistic prodigies that surround her, especially Ash, beautiful and talented, and her brother, Goodman, aloof. Nevertheless, she is accepted into their group, and begins to feel as if she is part of a charmed circle, a set of promising young people who will never become as mundane as the rest of the world. It’s the gap between these adolescent dreams and adult reality that Wolitzer sets out to examine. Frustratingly, however, she never seems to have anything especially new to say about it. As we expect, Jules continues to feel second-rate against her glamorous friends, even after Goodman enters a rapid downward spiral. Even less surprisingly, it’s a fellow outsider and former suitor – Ethan – who becomes the most successful of the bunch, at the helm of his own TV show, Figland, which sounds a bit like The Simpsons. Jules torments herself trying to work out how she can measure the small successes of her own life against the much bigger graphs drawn by the trajectories of her friends’ careers, and never reaches a satisfactory answer. This lack of resolution works well – there is no easy answer – and Wolitzer is good at subtly showing how the two worlds are separated, even when they closely intersect. Still, the novel is too long, and I found myself tiring of it long before I reached the end.

One problem was that none of this material felt especially fresh to me. Lionel Shriver’s early novel, Checker and the Derailleurs, and her later novel, Double Fault, delve much more deeply into the question of what we do when our dreams fail us and how an ‘ordinary’ person can live alongside the famous. Wolitzer writes well-observed, interesting material, but she never really seems to engage with her central questions. A second problem was the characterisation; Jules et al are essentially typecast, and although some of the characters acquire greater depth as the novel goes on (Jules, Ethan) others remain firmly in their boxes (Ash, Cathy). In a novel like this, where the plot deals solely with the unfolding of these characters’ lives, I felt that this was a problem. Overall, while I did like much of this novel, I’m not sure it lives up to the hype. Frankly, it isn’t worth a Franzen.
Posted by Laura Tisdall at 15:26