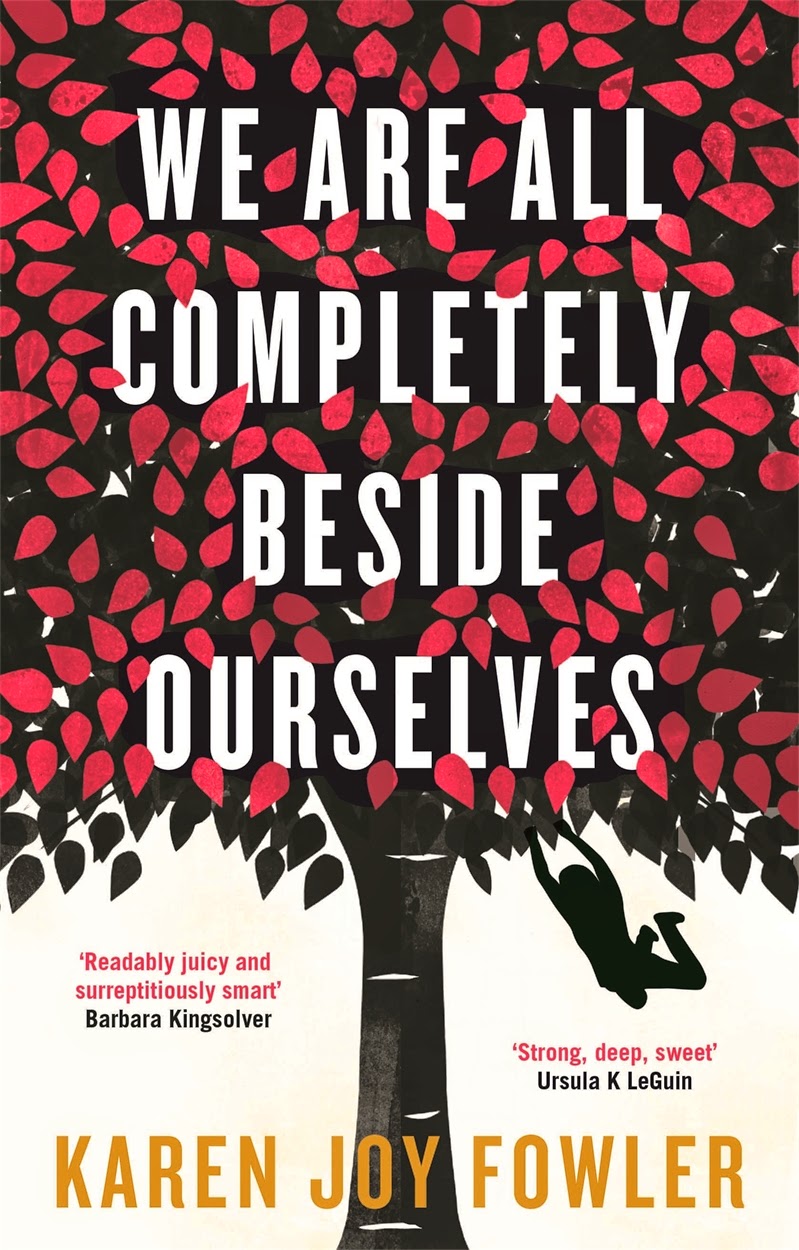 This is a difficult book to review, or indeed, recommend, without giving away a key plot twist, and it is important that you begin reading it without knowing the catch - although, I would never have picked this up without being spoiled, so there is that. Rosemary, our narrator, started life with two siblings but now, at college, may as well be an only child. Both her sister, Fern, and brother, Lowell, have vanished, and she does not know how to find them. Rosemary is twenty-two, but she sounds young for her age as she tells us she's going to 'start in the middle' of her story, and her early involvement with a girl who makes a scene in the college cafeteria seems to confirm our first impressions. The girl enters, shouting and smashing things, but as she's escorted from the premises by the police, Rosemary draws attention to herself by deliberately throwing her glass on the floor. Though she began as a shocked, innocent bystander, Rosemary is suddenly in custody as well.

It's Rosemary's voice that will make or break this story for the reader, and I'm afraid I never warmed to her, even as we find out the reasons behind her peculiarities. I found her irritatingly whimsical, even in the face of some of the darkest parts of the story she tells - perhaps this is her defence mechanism, but I often wanted to see things from the point of view of her older brother, Lowell, much angrier and much less passive. She also indulges in twee asides too frequently: 'When I run the world, librarians will be exempt from tragedy. Even their smaller sorrows will last only for as long as you can take out a book.' This voice culminates in the ending of the novel, which feels too convenient and too easy, good as it is to see some of the things Rosemary has hoped for coming to pass. Similarly, I found Rosemary's explicit reflections on whether she is telling us the 'middle' of her story now, or 'the beginning of the end', or 'the end of the beginning' too obvious. I love novels told out of order, but somehow We Are All Completely Beside Ourselves managed to feel simultaneously too structured and too confusing. Some of Rosemary's narrative choices made sense, but others seemed unnecessary.

There was a lot that I genuinely liked about this novel, despite not being able to fall in love with it. Rosemary's subtle reflections on how she has never been able to escape the experiment she took part in as a child are fascinating, as is the implication that the experiment has achieved opposite results to those intended. More broadly, the story made me reflect on childhood and how difficult it is for children to communicate with adults. Rosemary's father is a psychologist, and so Rosemary's musings on psychology and the findings of figures such as Piaget throughout the novel feel natural, and the challenges she poses interesting. Miscommunication dogs Rosemary's story, not because it is impossible to understand each other but because we believe we can't. Another well-written thread focuses on the unreliability of Rosemary's childhood memories, as she tries to work out why she was sent away aged five; again, Karen Joy Fowler interweaves Freud into the narrative with the lightest of touches. Ironically, once the bulk of the mystery is cleared up, I found the last third of the novel much more gripping, as Rosemary finally faced up to issues I felt she'd been dodging for a long time.

Given its subject-matter, I thought I would adore We Are All Completely Beside Ourselves, but instead I'm left with a sense of wasted potential. I wish we'd been able to escape Rosemary's narrative, and that the plot had been less focused on the family-story tragedy elements and more on the broader ethical and political questions that the topic raises. Nevertheless, there's more here than in most novels to make you think.
Posted by Laura Tisdall at 21:24