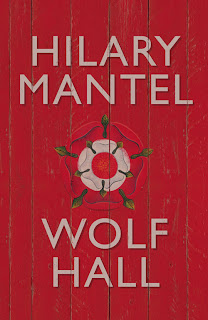 When asked to give a brief opinion on Wolf Hall recently, I wrote:

I found this a hard read. Like AS Byatt's The Children's Book, to an extent (although I'm not an early modern historian and can't vouch for her accuracy) Mantel is deliberately blurring the lines between fiction and non-fiction here, and this requires much more intellectual concentration than you'd normally invest in a novel. I also can't fathom how anybody reads this without a working knowledge of Tudor history. On the plus side, Mantel's characterisation, and, more than that, the way she deploys character development, is simply superb. Comparisons to George Eliot in this respect aren't too overblown. She also structures her story masterfully, which must have been hugely difficult when dealing with sprawling period of history like this. What kept me reading was the beautiful subtle detail about Cromwell and his milieu, rather than the political plot.

How far does this hold true now I've had time to reflect on the novel, and now that I've also read Bring Up the Bodies as a point of comparison? Well, in some respects, I still understand my difficulties, but having read the sequel (or, perhaps, it might be better to think of Wolf Hall as the prequel) I think that I understand much better what Mantel was trying to do with her earlier novel. 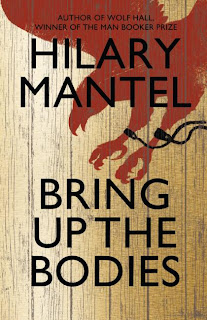 Wolf Hall is essentially an extended character study of Thomas Cromwell that takes place largely during an exceptionally tiresome - for fictional purposes, anyway - period of English domestic politics. Even Philippa Gregory's The Other Boleyn Girl, which squeezed every drop of intrigue out of this period of Henry's reign - and then manufactured some more - dragged a little in the 1520s, as Henry's divorce negotiations, or 'the great matter', as he himself would have had it, were protracted and complicated. In Wolf Hall, Mantel is setting up scaffolding - and, indeed, scaffolds - for her later novel, which mercilessly exploits its predecessor in order to hit the ground running. For not only does Bring Up The Bodies [a reference to the contemporary command to bring suspected traitors before the court] have the advantage of being set in the early 1530s and dealing with the juicy intrigue of Anne Boleyn's trial and execution, it can also utilise characters who have already been established. For all the talk of Cromwell's cleverness in the earlier novel, I felt that we saw little of him actually doing anything; in Bring Up The Bodies, this lack is more than made up for, as Cromwell expertly manipulates Anne's downfall to his own advantage. Mantel has been accused of presenting Cromwell in too sympathetic a light, but while this may have been the case in Wolf Hall - I don't know the history of the earlier Tudors well enough to feel I can comment - it doesn't seem to be true in Bring Up The Bodies, as he appears as an increasingly 'grey' man. Although his triple loss of his wife and daughters was one of the most affecting parts of Wolf Hall, Cromwell hardly seeks a quiet, domestic existence, admitting near the end of the novel that he cannot imagine ever retiring, for what is life without the game of politics? Fair enough, one might think, but by then we have been shown the cost of Cromwell's machinations quite clearly.

Of course, it's not only Cromwell himself who benefits from having a novel's experience behind him, and something I particularly enjoyed in Bring Up The Bodies was the fleshing out of a secondary tier of minor characters that had not been quite close enough to him initially to have sufficient screen time. To an extent, this reflects Cromwell's greater power after the fall of Wolsey, as his access to Anne, for example, is increased. However, it was Mantel's characterisation of Jane Seymour that intrigued me the most. Having established Jane as an outwardly quiet girl with sharp observational skills in the earlier novel, she teases out the intricacies of this characterisation, having Jane remain essentially unaffected by the king's attentions and her family's scheming, but letting her gradually learn the way to play the power games she has suddenly become a part of. It is refreshing that Jane did not simply become the 'good' girl to the 'bad' Anne, as I felt Mantel was a little guilty of assigning Anne and her sister, Mary Boleyn, such roles in Wolf Hall. Although, again, I cannot comment on the historical accuracy of these portrayals, I found myself wondering while reading how much it really mattered; as Mantel notes herself in the afterword, the fall of Anne Boleyn is a story that has been told and retold because it has different things to say to each generation, and it is almost impossible for us to untangle the conflicting accounts today. In the end, we write a version of such stories that tells us about ourselves as well as the times it is describing; and as the most recent modern version is Gregory's, where Anne is the scheming, cold, ambitious, barren woman and Mary her natural, motherly, kind, fertile opposite (with Jane playing a minor role in the narrative as an ineffective virgin) it is refreshing to read an account that is free from such sexist binaries.

Mantel's novels, read together, move beyond the micropolitics of the court and embrace a wider view of the realm, and the pitfalls of a personal monarchy, in her characterisation of the king and his courtiers' relationship to him. One of the most memorable scenes in Bring Up The Bodies  - excluding the horrific climax - is when the king falls during jousting, and is believed for a few minutes to be dead. It is the only moment in the novel when Cromwell panics, and the reactions of the other courtiers and ministers are equally uncharacteristic - or perhaps equally revealing. The reader realises how much Cromwell has centred his career around a single man, Henry, and despite his occasional musings on becoming useful to a European monarch, he cannot imagine political life without him. One of the things that I believe makes the Tudor period so fascinating to a modern audience is this merging of the personal and the political; how low-level social skills such as knowing how to manage Henry become essential to the governance of the country. Mantel plays explicitly on this theme with her references to the 'body politic', adopting the vivid early modern metaphor of the king's earthly body becoming parallel to the kingdom's single body, united in law and loyalty to the monarch. In this, she allows herself to tell what is a very domestic story while retaining a wider resonance - and, perhaps, critics' respect, and prize juries' favour.
Posted by Laura Tisdall at 17:03