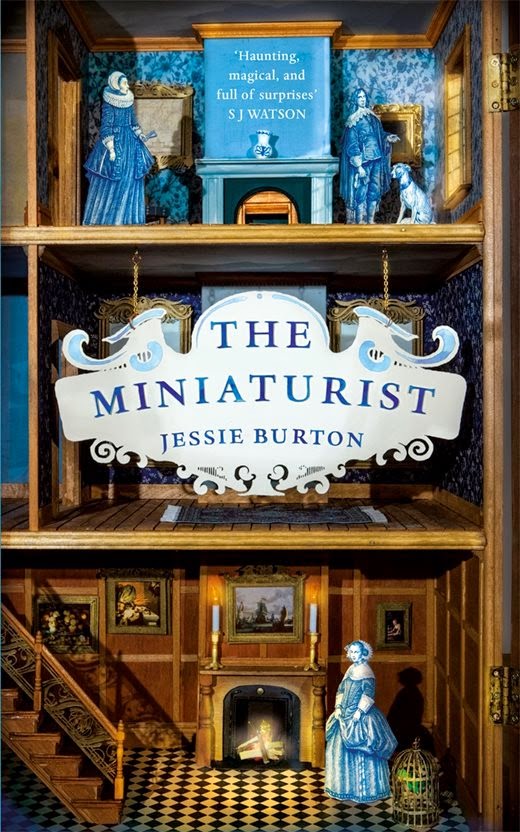 Set in seventeenth-century Amsterdam, this novel follows eighteen-year-old Nella Oortman as she fumbles her way into a family after she marries the head of the household, Johannes Brandt. The atmospheric, evocative writing of this debut has prompted inevitable, though accurate, comparisons to Girl With A Pearl Earring; yet, oddly enough, the novel that The Miniaturist recalls most strongly, at least for its first two-thirds, is Rebecca. And like the second Mrs de Winter, Nella is our guide and point of contact, but not an especially interesting character in her own right. She's sensitively portrayed in her growth from a timid near-child to a more decisive young woman, and - unlike the majority of historical novelists - Jessie Burton explores how such a growth might have been experienced by a seventeenth-century woman, rather than imposing modern attitudes on to the past. Nella's reflections on marriage and the duties of a wife, for example, have modern resonance but are very much of their time as she considers how becoming a wife will be the culmination of her life and the opening of opportunities she could not access otherwise. However, the strength of The Miniaturist lies in the information that's held back from the reader. Despite its dramatic and gripping plot-line, by the end we are left with the sense that much of the action has taken place off screen - and outside Nella's understanding. (The fabulous cover, designed by Rosanna Boscowen with incredible attention to detail, as she explains here, helps to cement our image that we're looking in from outside.)

The rest of the Brandt household are all more complex characters than Nella - even the loyal and emotional maid, Cornelia. For me, the most fascinating figure was Johannes's unmarried sister, Marin. Initially appearing almost as a Mrs Danvers archetype, Marin gradually reveals a softer side while losing nothing of her uncompromising personality. Burton cleverly plays with our expectations as she suggests more cliched stories that lie in Marin's past, and although I found the culmination of her secrets very predictable, it is convincingly portrayed as a true shock to the rest of the household. Other characters seem almost under-explored, and there is a suggestion that Burton knows, and could have written, much more about them. Despite his relatively large amount of page-time, I felt myself wanting to find out more about Johannes. We know even less about Otto, a black man in service for the Brandts. And of course, the mysterious miniaturist remains a cipher. The miniatures that find their way to Nella are both a great conceit on which to hang the plot and a little frustrating. Nella gradually comes to realise that the miniatures have an oddly predictive power, but - having accepted this - why doesn't she check the remaining figures for clues earlier? For me, this quasi-magical device wasn't well-integrated or explored enough, and I felt there was a bit of wasted potential, although I respect Burton's choice to keep most of the explanation under wraps.

The Miniaturist is not a perfect novel; firstly, it starts slowly and the richness of characterisation takes some time to be revealed. To an extent, the early chapters do feel like a wasted opportunity to add further depth to Johannes, Otto and Marin, despite the depth that they acquire later. As I've suggested, the miniaturist is a little too tangential to the main plot. And while I suspect that Nella is meant to be a cipher, she could have been a little quirkier, more individual, from the start, if only through telling us more about the first eighteen years of her life. Nevertheless, this is one of the best historical novels I've read in several years, and I would recommend it.
Posted by Laura Tisdall at 13:06