'She knows this life is hers to change'

‘Historians and anthropologists have a common subject-matter, “otherness”; one field constructs and studies “otherness” in space, the other in time.' - Bernard Cohn, 1980 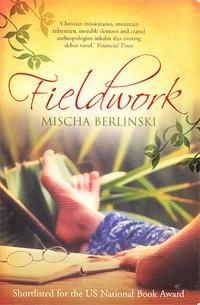 The narrator of Mischa Berlinski’s first novel, Fieldwork, is a freelance, footloose traveller currently resident in Chiang Mai, Thailand, with his girlfriend, Rachel; however, his is not the only story that the novel tells, despite the first-person narrative voice. The narrator – whom we later discover that Berlinski has named after himself – becomes increasingly interested in the story of Martiya van de Leun, a one-time anthropologist who has recently committed suicide in a Thai prison, where she was incarcerated for decades for the murder of a Christian missionary, David Walker. But David has his own story as well, as do the other members of the Walker clan. Even the central narrative, Martiya’s, comes out in dribs and drabs from old friends, lovers and acquaintances, all of whom give her different roles to play. Tim Blair, an ex-boyfriend, begins his story by saying ‘You know she voted for Nixon, don’t you? Christ, man, that blew me away,’ a detail that stands out precisely because he cannot fit it into his idea of who Martiya was, while for Karen Leon, an anthropological colleague, sees Martiya as part of the exhilarating experience of her first fieldwork, and cannot believe her old friend could have killed someone.

So this is a story about stories, but also a story about ‘fieldwork’, and the possibilities and impossibilities of entering someone else’s world-view. For much of the novel, Martiya feels that a huge gulf stretches between her and the Dyalo, the invented people whom she is studying, who simply tell her ‘It is our custom’ when she asks any question about their culture. The figure that haunts her is that of the apocryphal ‘Eskimo Kathy’, a former anthropology student who deeply offended the Eskimo community she did her fieldwork with, and disappeared from the profession, but it seems with Martiya that it’s all or nothing; by the end, she is so deeply integrated with the Dyalo that she cannot leave. Retaining a professional distance seems impossible, as does understanding Dyalo beliefs without coming to believe them. Perhaps, Berlinski seems to be implying, true understanding is impossible without actual conversion; although Martiya’s scholarly articles on life in a Thai women’s prison might suggest otherwise. 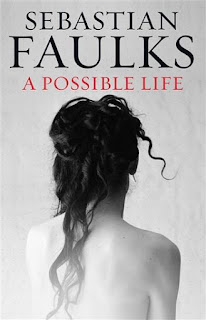 This engrossing first novel is packed with life, voices, and fascinating questions, and reads like a thriller while raising questions as profound as anything tackled by Sebastian Faulks in his latest offering, A Possible Life. Far from being Faulks’ first novel, this is his eighth, and the five linked novellas that make it up often seem to be labouring under the weight of that earlier work. Like a ‘greatest hits’ album, we are taken back to occupied WW2 France and incognito English (Charlotte Gray) in Part I, ‘A Different Man’, reflect on the evils of finance and banking (A Week in December) in Part III, ‘Everything Can Be Explained,’ explore primitive nineteenth-century ideas about the mind (Human Traces) in Part II, ‘The Second Sister’, and sophisticated neuroscientific concepts of consciousness (Engelby) in Part V, ‘You Next Time,’ as well as in Part III again. With these links rather too obvious, I can’t say that this is Faulks’ best work, but there is still some memorable writing here.

The opening novella, ‘A Different Man,’ is simple but affecting in its depiction of a very ordinary turning-point in in the life of a man who has experienced true horror in a prisoner of war camp. ‘A Door into Heaven,’ with its captivating opening line, ‘Jeanne was said to be the most ignorant person in the Limousin village where she had lived most of her life,’ is equally pared-down, but works through its depiction of Jeanne and the reader’s engagement with her outwardly uneventual life. The only real failure in this novel/collection of novels was, I felt, ‘The Second Sister,’ which uses a rather crude depiction of nineteenth-century mental illness to make obvious points about the brain and our concept of identity. ‘Everything Can Be Explained’, set a few decades into the future and dealing with the career of a brilliant neuroscientist, Elena, also rather over-simplifies Faulks’ ideas about the consciousness by basing them, somewhat implausibly, on a single construct in the brain, although it’s an interesting and necessary introduction to his standpoint for those who have not read Faulks before.

However, ‘You Next Time,’ the final story, is Faulks's triumph. Anya King is an aspiring musician in the 1960s, and the narrator of the story, her friend and lover, Jack, thinks she is little short of a genius. However, Anya’s rise to fame comes fraught with emotional difficulties, and their time together is limited. In one of Anya’s early songs, concerning a woman who hopes for reincarnation to live the life with her lover she was not able to in the present, the message is clear: ‘I will die and rise/The shadow on your wall/My name will be the only one you call/Oh my darling, you next time.’ Jack realises early on that Anya does not sing songs that can be neatly bracketed into those that draw upon her personal experience, versus those that are beyond her experience, and this realisation is not only applicable to art, but to life. Our ability to emphasise with those around us becomes, in this story, a sense of a Jungian idea of a universal consciousness and a counterpoint to the bleak materialism of Elena’s neuroscience, where we die with our brains and bodies. While not accepting the idea of an afterlife or, indeed, bodily reincarnation, Jack is able to see something beyond the individual brain. He thinks of himself as a small boy, how he no longer shares any cells with that boy, and reflects upon his life as a whole: ‘the list of facts that make my life... They could be mine, they might be yours. I’m an actor playing a part I’ve never mastered.’ Anya sings about herself, but also about others; the walls between individual lives seem to be coming down.

It's an apt note on which to end this book, which for all its faults I still found more exciting than much of the fiction I've read recently. And having finished it, I found myself remembering Fieldwork, which I read earlier, and reflecting on the similarity of the books’ themes – our efforts to understand ‘the other’, and how such efforts can be both too hard, and too easy, at the same time.
Posted by Laura Tisdall at 17:18