The Baileys Prize Longlist, #2: What difference did the war make?

I couldn't get through The Mouse Deer Kingdom, so I'm going straight into the Baileys longlist. I'm going to kick off my reviews of the longlisted novels with two novels partly or completely set in Britain in the 1940s. Despite this, they're both up for the Baileys rather than the Walter Scott. 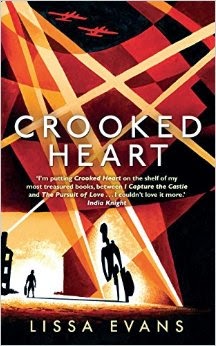 NB. I wrote this review in September 2014 after receiving a proof copy of the novel. I instantly assumed from the way it was written that it was intended as 'crossover' fiction. It has since been reviewed and marketed as an adult novel, but I would still contend that (a) this sits in obvious crossover territory and (b) the novel feels too simple to work as straight adult fiction.

I adored Lissa Evans's last novel, Their Finest Hour and a Half, which perhaps meant that my expectations for this one were unreasonably high. However, I also think that it sits awkwardly between the adult and the children's market. There's no fundamental problem with writing a novel that appeals equally to adults and to children - novels like Goodnight Mister Tom manage it splendidly, and I'm impatient with rigid age categories in fiction at the best of times. However, in Crooked Heart, I felt that some of the qualities I'd most appreciated in Their Finest Hour and a Half were diluted in order to attain a greater simplicity for the sake of the younger reader, whereas the traditional strengths of children's fiction, such as a strong plot line, were absent. For example, I thought the characterisation in Their Finest Hour and a Half, which is also set during the Second World War, was skilfully handled - the characters, especially the more comic figures, veer close to caricature but still remained sympathetic and interesting. In contrast, I felt that too many of the characters in Crooked Heart - even Noel and Vee, at times - were too one-note, and not sufficiently complex to retain my attention.

The novel follows parentless Noel Bostock, who was living with his godmother Mattie until her decline and death sends him first to the house of his unsympathetic aunt and uncle and then threatens him with evacuation. As an evacuee, Noel meets Vee, making her living through various dubious practices such as falsely collecting for various charities, and her son Donald, who makes his money by volunteering to attend medicals in the place of those who don't want to be drafted, as he has a congenital heart problem. Unfortunately, I found it difficult to warm to either Noel or Vee - and warmth is an essential quality for a novel like this to work. Noel, who despises his cartoonish, delinquent classmates, felt like too much of a cliche, while Vee, who initially seemed more promising, failed to develop as the novel went on. As entertaining as her and Donald's antics were, I wanted a bit more to get my teeth into. Mattie was the character who most intrigued me, despite the fact that she only appears in flashbacks after the prologue. 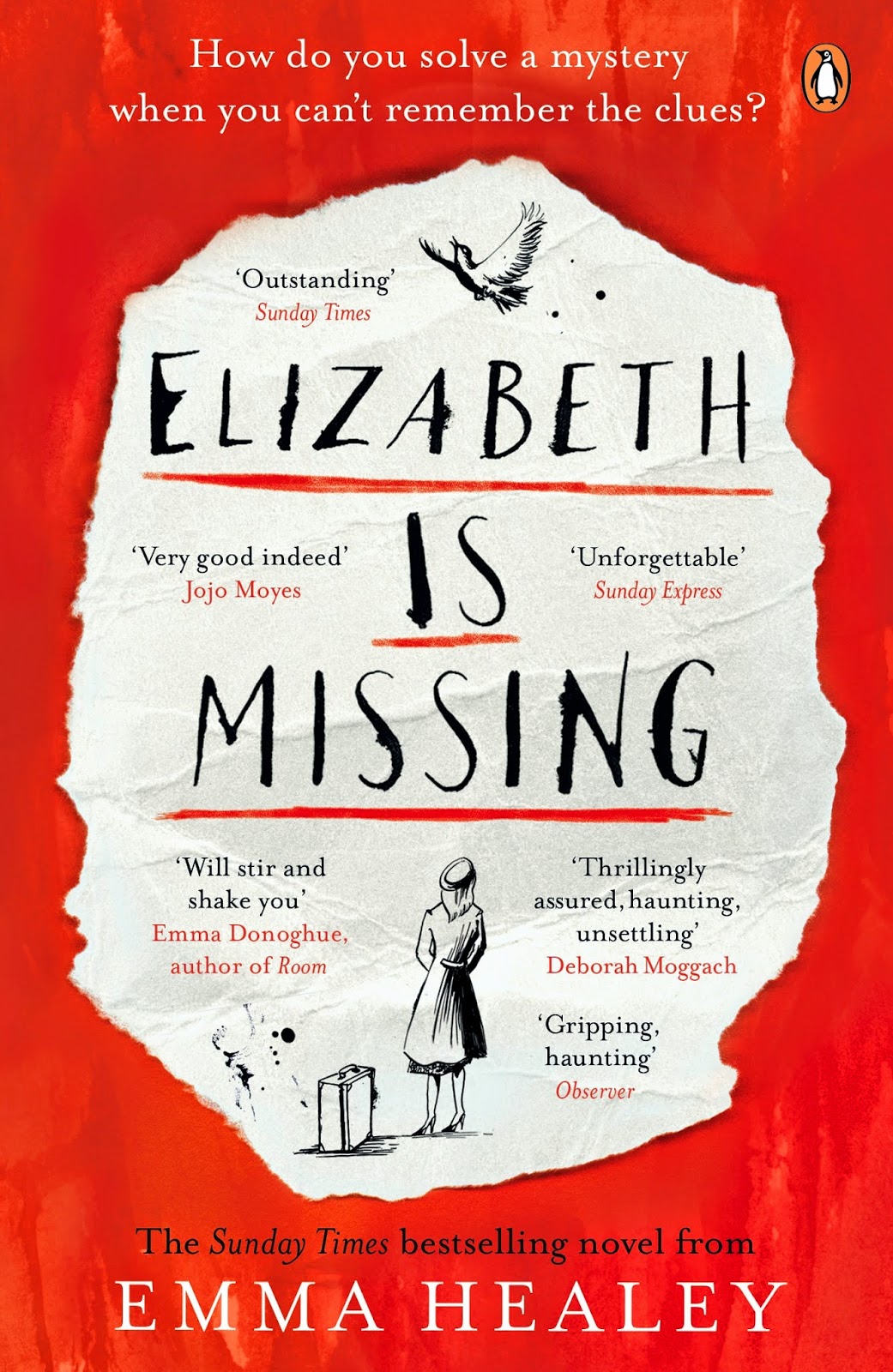 I have extremely mixed feelings about this novel, and it is one of the very few books that I started liking more during its second half (usually I make up my mind about novels fairly early on). There will be spoilers in this review, because it's difficult for me to talk about why I changed my mind without them. Elizabeth is Missing is narrated by Maud, an elderly woman who is living with dementia, and who is therefore finding it increasingly difficult to keep track of her daily routine, let alone the clues she is trying to put together to explain her friend Elizabeth's disappearance. Emma Healey's presentation of Maud is outstanding; sensitive, thoughtful and touching, without resorting to the demonisation of the other characters in the book (Maud's daughter, Helen, her primary carer, becomes more complex and sympathetic in the second half of the novel as we see Maud relate to both Helen and to her granddaughter, and this was one of the reasons why the book picked up for me.) I felt connected to Maud as a character from the start, but the plot of Elizabeth is Missing baffled me. I made the assumption early on that Elizabeth really was missing but no-one was going to believe Maud (including the reader), so the twist would be that we so often ignore the stories of the old and/or ill in our society even though they have important things to say. I really should have realised earlier that this was not the way Elizabeth is Missing was going, but due to careless reading (I admit to skimming much of the first half of the book) I didn't get it. This made me very impatient with what appeared to be the glacially slow progress of Maud's investigations in the present-day plot line.

My main issue with the novel, however, stemmed not from my own misreadings, but from the second plot-line, which deals with Maud as a young teenager in the immediate aftermath of the Second World War. There is another missing woman in this plot; Maud's older sister, Sukey. Sukey, who recently married Frank, has simply vanished, and Maud is determined to find out what has happened to her. However, like the present-day Maud, her inquiries are both ridiculed, and fruitless, until the very end. I'm afraid this plot-line didn't work for me at all, even after I had figured out what was really going on in Elizabeth is Missing. The depictions of 'austerity Britain' in 1946 felt half-hearted and cliched, and I didn't get the sense that Healey had done much research, or if she had, that much of it had found its way into the novel. As Victoria at Eve's Alexandria noted in her review of the novel, the male characters are a series of stereotypes, set up to fill certain roles in the mystery of Sukey's disappearance, and this made the 1946 sections feel even more contrived. Finally, I couldn't sympathise with the young, naive, virtually characterless Maud in the same way I could with present-day Maud, I didn't get much sense of what Sukey was like as a person, and I simply didn't care that Sukey was missing.

But I did care, very much, that Elizabeth was missing. Of course she is not. We find out - relatively early, if you are an attentive reader - that something has happened to Elizabeth, but it's not a mystery. Elizabeth has had a stroke and is in hospital, and although Maud has been told this many times, and has even gone to visit her, she does not remember. Once I twigged that the story that Maud was finally going to get to tell in Elizabeth is Missing was about Sukey and not Elizabeth, the novel became much more moving, and its exploration of living with dementia much more complex. Hence we have a cautionary tale about the perils of being a bad reader. Overall, this novel is still flawed. It could be shortened considerably, especially the sections set in 1946. Nevertheless, there are few books I've read recently that pack such an emotional punch with their final few lines. Maud is at Elizabeth's funeral. Her memory is gradually getting worse, so she only intermittently remembers who her family members are, even as they are standing around her. Nevertheless, she knows what she has to do: 'The woman doesn't think that's the answer and the man begins to explain something to me. But I can't concentrate. I can see they won't listen, won't take me seriously. So I must do something. I must, because Elizabeth is missing.'
Posted by Laura Tisdall at 08:00