Farthest North and Farthest South #1: Spectres from the sea 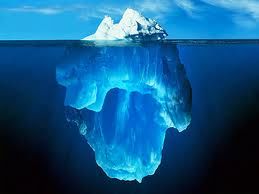 Having recently visited the Scott Polar Museum in Cambridge (no idea why I haven't done this before, having lived in the city for eight years) I was reminded that one of my on-off obsessions is with the North and South Poles and their environs. I'm not quite sure why, and having given the matter a little consideration, I think it's something to do with storytelling. As an historian, I'm trained to unravel and unpick stories, to scrutinise the aspects that give them the most weight, and while it would be hard to argue that, for example, the history of Antarctic exploration has been entirely unbiased - Max Jones's The Last Great Quest is devoted solely to the history of the rewriting of Scott's reputation after his death in 1911 - there is something about it that lends itself to narrative. For me, the fact that the poles are uninhabited means that I can engage with the quests of explorers like Scott in an easier way than I can relate to other nineteenth and early-twentieth century explorers, who tended to leave a trail of destruction through local peoples in their wake. Of course, this does not mean there are no moral questions to ask about polar exploration - the environmental impact is the first consideration that springs to mind - but there's something wonderfully refreshing about being able to engage with a good story like the exploits of Scott and Shackleton again, without having to worry about the other sides.

And this long-winded introduction is to say that I'm following up my entirely non-random and well-planned Tigers series with another series of reviews on the far north and far south. I've decided to begin with a book I recently re-read after reading it for the first time in the Scottish Highlands a few years ago - which worked remarkably well given the long, bright evenings, the lack of electricity in the house I was staying in, and its isolated location. Somewhat chilling... (I've since read Sarah Moss's second novel, Night Waking, which is another frustrating mix of flaws and brilliance - I reviewed it briefly here). 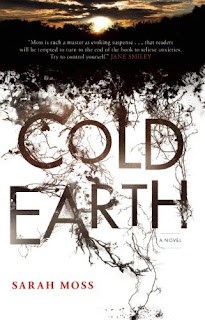 Cold Earth, her debut novel, starts extremely well but trails off somewhat about halfway through, although an element of tension is maintained until the (rather rushed) ending. The central - and immediately intriguing - idea is that a group of British and American archaeologists, Nina, Ruth, Jim, Catriona, Yianni and Ben, are excavating a Viking settlement on the isolated coast of West Greenland. The site in question was abandoned by the early settlers for debatable reasons; was it plague, raiders, or climate change that drove them away? However, these ancient events are inadvertently echoed by the archeologists themselves when an epidemic back home leaves them entirely cut off, running out of food as winter and darkness draw in.

As I noted above, the beginning of the novel is masterly. Nina, who narrates first, is a brilliantly drawn, if not exactly likeable, character, and her paranoid slant on the dig provides a wonderfully atmospheric opening scarier than the vast majority of ghost stories I've read, as she dreams of the early settlers surrounding their camp in the weirdly light Greenlandic nights. Unfortunately, the rest of the book suffers from major problems with pacing. When the narration abruptly switches to Ruth, who is the most pragmatic of the group and openly disgusted with Nina's hysterics, much of the narrative drive is lost. Although Ruth is an equally well-drawn character, and the personality clash between her and Nina works well as the internal politics of the group begin to take shape, her refusal to believe in Greenlandic ghosts robs Nina's section of much of its impact. This is also due to the form of the novel as a whole. It's presented as a collection of 'last letters home' written by the archaeologists, but unfortunately this conceit becomes increasingly contrived, as a number of the 'letters' were clearly written before the danger became apparent, and it seems to me that it would have been better to have kept it as a straightforward set of switching narratives, which would have allowed more flexibility to interperse sections of Nina's narration with Ruth's, for example.

The second half of the novel is also oddly paced. The major plot point - the isolation of the group from civilisation - doesn't kick in until very late in the day, although the scene narrated by Jim where they wait for a plane that never comes is, again, wonderfully and creepily written. Although the lengthening nights and Arctic landscape - along with Ruth's mediations on death - are continually used to good effect, the novel never really regains its momentum, and wraps up incredibly quickly at the end with short sections from Catriona, Ben and Yianni, which feel frustratingly unbalanced compared to the much longer narratives from the first three characters. I was left with the impression that the book could have been significantly longer, and that the male characters, in particular, were left rather underdeveloped.

However, this is perhaps an overly critical take so far - what the novel does do, it does very well, and I'm perhaps being more critical than is fair because it could so easily have been really brilliant, rather than just good. Nina, Ruth, and even Catriona, who gets far less page time, are all vividly depicted, and the dialogue is often amusingly biting as the squabbling between the characters increases. At one point Nina - who fancies herself well-travelled - and Ben have this telling exchange over passports;

"Gosh, that looks very new and shiny. Mine's in rags."

"Yeah... The other one went through the wash."

The atmosphere is genuinely chilling, and difficult to shake off after finishing the book, and the details of early Viking settlements in Greenland are fascinating - Moss manages to filter through a lot of information without ever including anything that seems extraneous. And, despite the uneven pace, it's still hard to put down, and I found myself being continously drawn back to the story. All in all, then, an impressive debut - although Night Waking solved some of its problems while creating others. I'm looking forward to checking out Moss's new non-fiction book, Names for the Sea, which deals with her time living in Reykjavik, and possibly her earlier academic work, The Frozen Ship, on the development of discourses on the Arctic and Antarctic. In the meantime, this series will continue next Sunday when I review two non-fiction books on Antarctica.
Posted by Laura Tisdall at 17:58