The debate on readability versus literary merit etc and ad infinitum 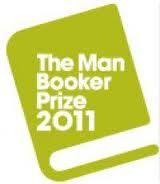 I wasn't impressed by the Booker Prize shortlist this year, but the debate it has re-ignited seems to me to be phrased in entirely the wrong terms, as exemplified by two recent articles on the Guardian's Comment is Free; the first by Jeanette Winterson, stating that:

'Novels that last are language-based novels - the language is not simply a means of telling a story, it is the whole creation of the story. If the language has no power - forget it.'
Then Graham Joyce weighed in with a refutation of Winterson's argument:
'She wants books that are more "daunting". That would be the ones that you... just... don't really want to finish, would it?... I'd defend the right of any novelist to experiment with form and language, but if people don't take to it, don't react by making out that they are thick.'
I read both articles, and I couldn't have disagreed more with both of them, despite the fact that they purported to be addressing two sides of a debate - a sign, in my opinion, that it's time for a rethink.
Plot and narrative drive has been opposed to language here, as if these were the only two elements that can make novels good. To be honest, I'm not much interested in either. What do I look for in a novel? Characterisation, first and foremost. I read novels to be able to enter somebody else's world, to understand their dreams, fears and prejudices, and if the writer can't put their people down on the page, then the book is often a non-starter for me. I also look for ideas, which are never issues. Lionel Shriver and Kazuo Ishiguro are two fantastic examples of modern-day novelists who use their novels to ask questions and pose dilemmas without ever descending into the issue-based territory

of Jodi Picoult and her ilk. And - despite declaring confidently recently that I don't care one bit about plots in novels - I've realised that I do look for structure. To return to Ishiguro, Never Let Me Go is not a plot-driven novel, but the ending is a triumph of structure, and masterly in the way he weaves in various elements that he's deployed throughout the novel to achieve the maximum emotional effect for the reader. So while plot is all about structure, structure is not all about plot.
Characterisation, plot and ideas for me then, rather than the typical trio of plot, character and language. How does this help us crack the deadlocked readability debate? Well, for starters, we need to place novels on a continuum, rather than postulating a vast divide between commercial and literary fiction, into which authors occasionally go plummeting when nobody can decide where they belong. A novel takes off, for me, if it deploys the language it requires to fully convey the structure and characterisation necessary to make its world work, and to suggest the ideas that are important for the reader to understand and engage with the story it's trying to tell.

This means we might have to cope with something that, at first glance, seems a rather uncomfortable truth: a genre author writing on top form might make as a big a success of the novel he or she is trying to write than an author who is attempting literary fiction. The example I'm going to use is Marian Keyes's The Other Side of the Story, which is one of the best chick-lit novels I've ever read. It works because Keyes does what she was aiming to do; she gives
us three very distinctive narrators, establishes a genuinely funny and touching narrative voice, and raises questions about infidelity. This is not to say this puts Keyes on a par with good literary authors, because it doesn't - but it makes her novel a good novel, and if we can't accept that, we are never going to bridge the divide. Whereas an author who tries and fails to write literary fiction is just that; a failure. There is nothing inherently more noble in writing a bad literary novel than a good chick-lit (which is very hard to write on its own terms, I've tried and I can't do it).
But having said that: I do think the Booker this year was 'dumbing down', and there has to be a sense in which I can explain why it was dumbing down. The Booker exists to judge literary novels, and what literary novels are trying to do is more than what genre novels are, for the most part. Marian Keyes hits the big three, characterisation, ideas and structure, and so does Kazuo Ishiguro, but with more depth in every way; more realistic, interesting, complex characters, far more difficult questions, and with a command of structure that is simply stunning. It doesn't matter when we're judging Marian Keyes, though, because she isn't trying to write Never Let Me Go, or The Remains of the Day, or An Artist of the Floating World. The key thing to remember, I think, is that we ought to judge a book on what it is trying to be, not on what it isn't.
The problem with the novels on the Booker shortlist this year, however, is that, for the most part, they weren't doing enough for what they claimed to be. Jamrach's Menagerie is a case in point; the characters were functional enough to allow the plot to go forward, but they never came alive, and the book wasn't asking any questions, or raising any ideas. Birch is certainly a talented writer, but for me - and this is where I strongly dissent from Winterson's view - that really isn't

enough. I think that the language should serve the structure and the characters, not the other way round. Language is the medium; it isn't the point. And to write a good literary novel, you have to do more than to write a good genre novel... and as a reader, you perhaps have to give more, although readability is still an open question for me. I see no reason why any good novel shouldn't be readable, although it takes longer with some than others to get used to the voice in which it must be told to serve the story. Umberto Eco puts it beautifully in the foreword to The Name of the Rose when he asks his readers to slow down, to enter the rhythms of medieval life; some books are not worth such a taxing mental adjustment, but many are.
And so ends my rant... please comment, would love to hear what others think about this!
Posted by Laura Tisdall at 14:58